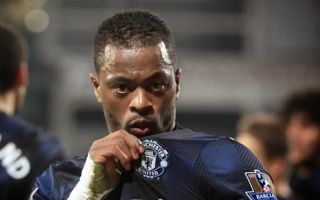 Manchester United fans have been granted a glimmer of hope, after former star Patrice Evra took to Twitter following the Red Devils’ 2-0 defeat to West Ham on Sunday.

The message, directed at the club’s hierarchy, came after United’s underwhelming and abject performance at the London Stadium. Goals from Andriy Yarmolenko and Aaron Cresswell gave the Hammers victory, lifting them to fifth in the Premier League table on 11 points.

Following an injury to Marcus Rashford, the club currently have no fit strikers available for selection. But Anthony Martial and Mason Greenwood are both expected to return to training soon.

United have now suffered 10 defeats in 19 games since the victory over Paris Saint-Germain in last season’s Champions League.

Evra took to social media to express his concerns, to the delight of the United fans.

“I think it’s time to get our hands dirty!” Evra said on his social media accounts.

“Manchester United board are you ready to let us help you guys…?”

I think it’s time to get our hands dirty! @ManUtd board, are you ready to let us help you guys…? pic.twitter.com/0taNvWDhN4

Evra, who spent eight years at Old Trafford and won 10 major trophies, showed his passion and the United fans loved it.

Come on uncle @Evra we need you

Yes Patrice! We desperately need you working with the club ??

Please save us Paddy ?

We are ready Evra.

Get a DoF in mate and sign quality players. Take over the transfer business at the club.