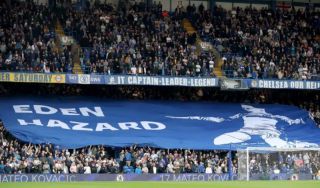 Some Chelsea fans were left slightly embarrassed in the Liverpool game on Sunday as they ended up accidentally holding up a huge Eden Hazard banner.

According to the Evening Standard, fans involved with such displays on match-days have insisted this was an error, even though it’s not uncommon for clubs to hold up banners devoted to club legends.

MORE: Juventus look to Chelsea ace as they prepare for another impressive free transfer signing 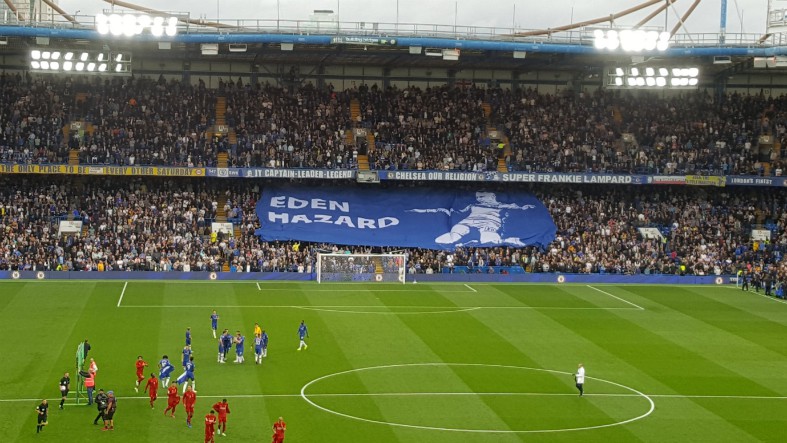 While Hazard undoubtedly fits into that category, it is perhaps a bit soon for Blues fans to be reminiscing about him in that way as he only left for Real Madrid in the summer.

On top of that, his departure is really being felt by the club as their transfer ban meant they couldn’t sign a replacement and are relying on inexperienced youngsters instead.

Lol people actually thinking the Hazard flag was used on purpose by the MH Stand. Just an error that's all. So much work/effort goes into organising these things & having so many flags it was bound to happen one day!

Wasn't ideal but if we can't laugh at ourselves…