The 22-year-old has been a bright spark for the Foxes at the start of the 2019-20 campaign, contributing two goals and two assists in seven appearances across all competitions.

The Sun reports that Manchester United are plotting a £60 million swoop for Maddison next summer, after registering their interest in the midfielder earlier this year.

However, Premier League pundit Whelan has urged Liverpool to beat the Red Devils to a transfer deal for the Leicester star, insisting “he can be the new [Philippe] Coutinho” at Anfield.

“James Maddison is absolutely a Liverpool type of player, I can see him joining,” Whelan told Football Insider. “He can be the new Coutinho.

“He’s similar to him in many ways – great feet, can run with the ball, can see a pass that no-one else can and scores wonder goals.

“He’s still young but already he’s a real gem and his value is going to get higher and higher over the next few years. All the big teams will be watching him, but they will know he won’t come cheap. 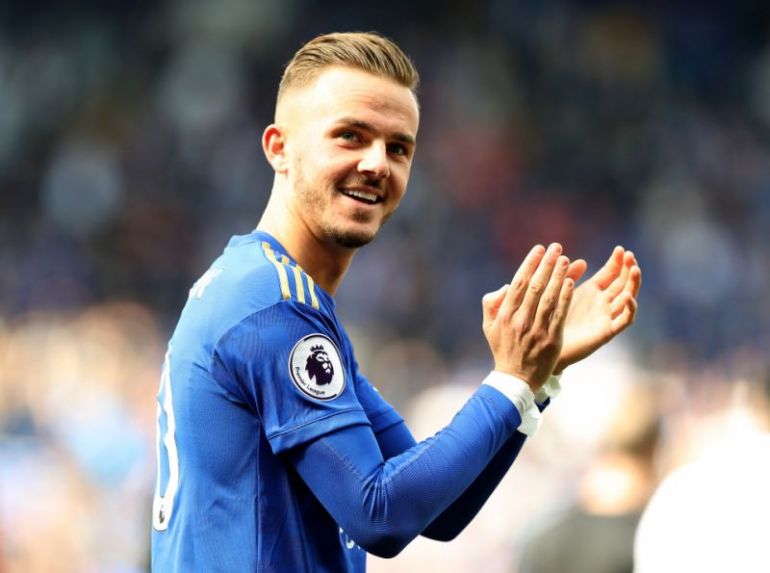 “Can Liverpool sign him in January? Of course. They got [Virgil] Van Dijk in a January window and haven’t looked back.

“Jurgen Klopp and the recruitment team have a brilliant record in the transfer market, and Maddison could fit in well.”

Liverpool have lacked a creative presence in midfield since Coutinho’s departure in January 2018, but Jurgen Klopp has maximised the qualities of his existing squad to great effect, culminating in a Champions League triumph last season.

Maddison has the qualities to add a new dimension the Reds line up, but at the moment, it looks as though Old Trafford is his most likely next destination.

However, the English playmaker has lit up the Premier League since he joined Leicester from Norwich last year and if he continues on his current trajectory, Liverpool might indeed end up joining the race for his services.