There’s a growing feeling that Unai Emery might just have Arsenal back on course after an inconsistent start to the season. His side thumped Frankfurt away from home and then came from a goal and a man down to defeat Aston Villa against the odds on Sunday.

There’s more good news for Arsenal fans when you consider players are starting to get over injuries.

A report in The Metro suggested that Kieran Tierney, Hector Bellerin and Rob Holding were expected to play against Nottingham Forest in the Carabao Cup this week.

READ MORE: Video:”Stupid” tackle leaves Arsenal a man and a goal down vs Aston Villa

Particularly the two full backs could make a huge difference to the squad. Hector Bellerin has proven quality and should help to solve the problem right-back area. His pace should also help cover some of the defensive errors made by the centre backs.

The introduction of Kieran Tierney to the team could also be massive. Of course as a follower/defender of Scottish football I’ll big him up, but there’s genuinely a good case to be made that he’s every bit as good as Andy Robertson who plays for Liverpool. He’s quick, tenacious and has shown leadership qualities which has been a long term need for Arsenal. 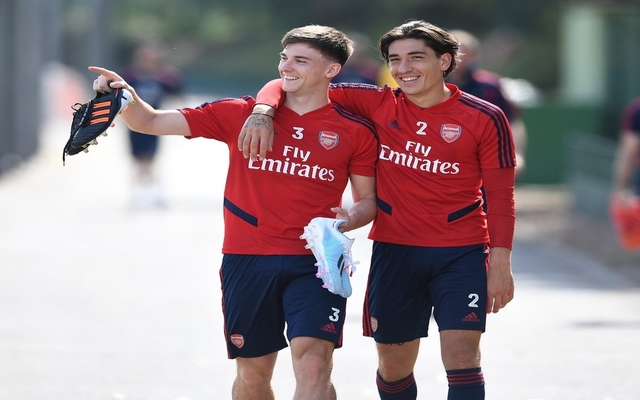 Rob Holding has shown he’s able to play at the top level too so it’s another welcome return to the first team.

It might take them a few games to get up to speed, but if Emery can engineer a win against Forest and then take something from a vulnerable Man United team at Old Trafford next Monday, we might start to wonder what all the fuss was about.