Jurgen Klopp’s assistant manager Pepijn Lijnders has revealed that Sadio Mane and Xherdan Shaqiri will not be fit to feature for Liverpool against MK Dons.

The Reds open their latest Carabao Cup campaign with a third-round trip to Milton Keynes on Wednesday night, where they will be looking to maintain their 100% record in domestic competitions this season.

Klopp’s men have won all six of the Premier League games to storm five points clear of the chasing pack, with a 2-1 win over Chelsea at Stamford Bridge on Sunday marking their latest triumph.

Mane was forced off the pitch early against the Blues and will not be risked against MK Dons, while Shaqiri has apparently picked up a knock in training.

Klopp’s number two Lijnders confirmed that both men will sit out the League Cup tie tomorrow evening, but they could make a swift return in time for Saturday’s trip to Sheffield United.

“Sadio has a knock, of course, but he looks good,” Lijnders told a press conference – as per Metro Sport. 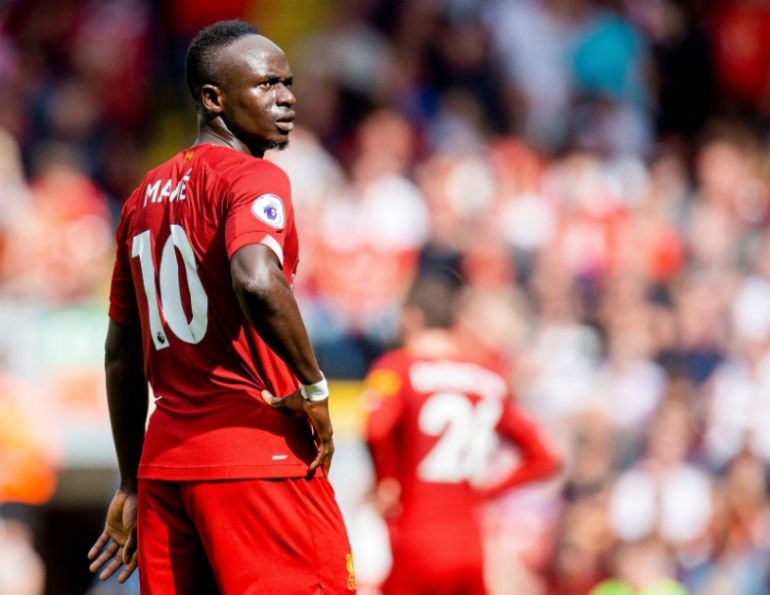 Sadio Mane picked up a knock against Chelsea

“With having today off and having treatment tomorrow, I think on Thursday he will be back in training again, so that looks all good.

“Yesterday towards the end of the training, Shaq (Shaqiri) felt his calf stiffen up a little bit.

“He couldn’t continue and a scan showed he had a little tear there. We need to wait a couple of days, but for sure he is not in contention for tomorrow.

Shaqiri will not feature against MK Dons on Wednesday

“He needs some rest, so he will not be involved.”

One man who could return to the fold is Guinean midfielder Naby Keita, who has yet to feature for Liverpool this season while recovering from injury.

Lijnders went on to state that the 24-year-old could yet be involved at Stadium MK, but a final decision on his fitness will not be made until tomorrow.

“Yes [he could return on Wednesday]. I will not give the team but he is in a really good way,” Lijnders said. “What a boy. He makes our build-up play completely different; he creates unpredictability how the ball moves forward.

“He is an important player, so hopefully we can use him in the next weeks and hopefully tomorrow will be a day where he can shine.”