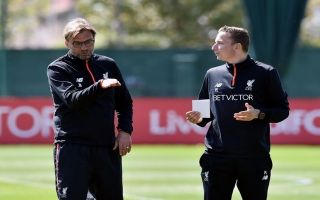 Liverpool’s assistant manager will no doubt have excited fans with his assessment of this highly-rated youngster, Lijnders believes the starlet is ‘complete’.

The Mirror add that the 19-year-old striker is set to make his competitive debut for the Reds in their Carabao Cup clash against MK Dons tomorrow night.

It’s likely that the forward, who has been prolific for Liverpool’s youth teams, would have already made his first-team debut, but the ace has recently returned to action after a long-term injury.

An appearance for Jurgen Klopp’s side tomorrow would cap off a brilliant comeback for the ace. The 19-year-old showed his natural eye for goal by scoring for Liverpool in pre-season. 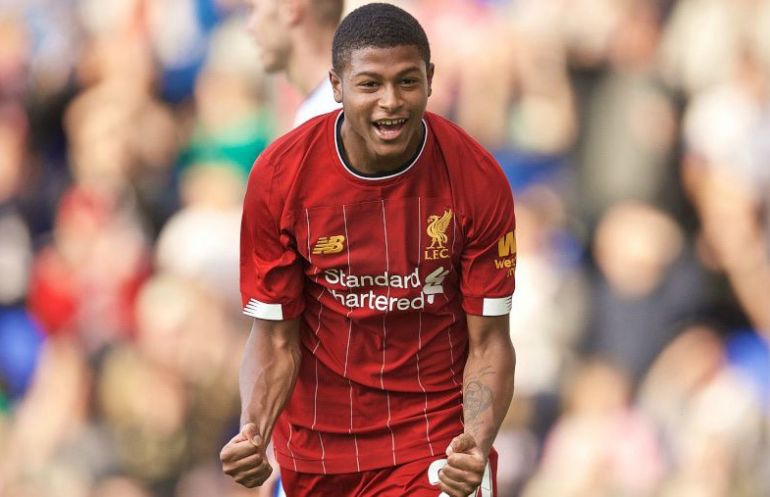 Rhian Brewster could have a big season ahead of him for Liverpool.

Here’s what the Dutchman had to say on the talented forward:

“He has goals in him, he has technique, is good physically, he is a complete striker, and a typical number nine,”

“He can score goals, can score with his head, can turn in the box, can play one on one, can score a scruffy goal as well…unbelievable shot.

“And a good boy too, otherwise he would not be in our team. Good character yeah.”

Brewster was also brought into the England Under-21s squad in the last international break and the starlet didn’t look out of place alongside the likes of Manchester City wonderkid Phil Foden.

With the Reds releasing Daniel Sturridge this summer, Divock Origi is the only senior backup to Roberto Firmino and the Belgium is also often used as a secondary option on the wings.

Liverpool’s lack of depth up front could give Brewster the chance to establish himself as an important first-team player this season.

If the former Chelsea academy ace impresses against MK Dons tomorrow, we may well see him making his Premier League debut very soon.