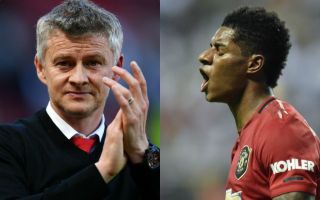 Manchester United need an overhaul this January, with the club’s poor start to the season showing that the next transfer window can’t come soon enough.

Although the Red Devils strengthened well with three quality signings in the form of Harry Maguire, Aaron Wan-Bissaka and Daniel James this summer, it looks like more is still needed in other areas of this squad.

Man Utd may well look to change their manager after Ole Gunnar Solskjaer’s pretty woeful record since he landed the job permanently, but there’s also the feeling that that wouldn’t really be tackling the root of the problem.

It’s clear that many players regularly making the starting line up are not really up to the job, with Marcus Rashford’s dip in form in recent months a particular concern.

One possible replacement could be exciting young goal machine Erling Haaland, who has been linked with United by the Sun, and who looks a likely upgrade up front after his prolific form so far this season.

But it’s not just the strikers that need replacing, this United squad also needs more in the way of creativity, with MUFC’s current midfield options not really doing the job.

Bayer Leverkusen all-rounder Kai Havertz is one of the top young players in the world in his position, and the 20-year-old has been linked as a £90million target for United by the Daily Express.

The Germany international could be an ideal partner to get the best out of Paul Pogba, with the likes of Nemanja Matic and Fred all struggling in recent times.

Finally, United continue to be linked with Leicester City attacking midfielder James Maddison, with the Daily Mirror anticipating he might cost around £80m.

That £170m duo could be ideal to unlock the potential of Haaland coming in alongside them, with this potential new-look Man Utd XI below a huge improvement on what Solskjaer currently has to work with… 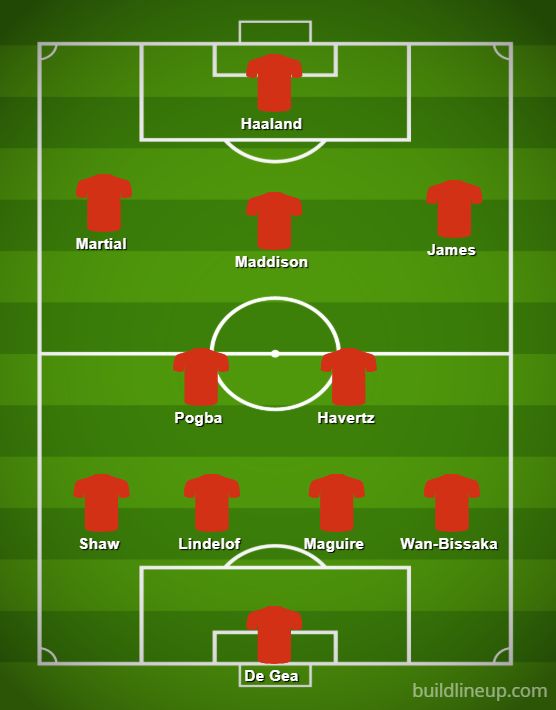