One of Real Madrid’s highest-profile stars has reassured fans by stating that he isn’t worried about his future at the club, adding that he could agree a new contract in ‘five minutes’.

According to Football Espana via Spanish outlet ABC, Sergio Ramos held talks with Real Madrid over a new contract earlier this year.

It was suggested that a 12 month contract extension for the club captain was on the cards until 2022, but the centre-back is yet to put pen to paper on a new deal with Los Blancos.

Madrid’s loyal servant has shut down worries over his future at the club by telling Spanish radio outlet Onda Cero that he could agree a new contract with the side in just ‘five minutes’.

Since joining from Sevilla 15 years ago, Ramos has established himself as one of the best centre-back’s ever and also one of the best players to hail from Spain by winning it all with Los Blancos.

The defender has won four La Liga titles and also four Champions League trophies during his time with the Bernabeu outfit. 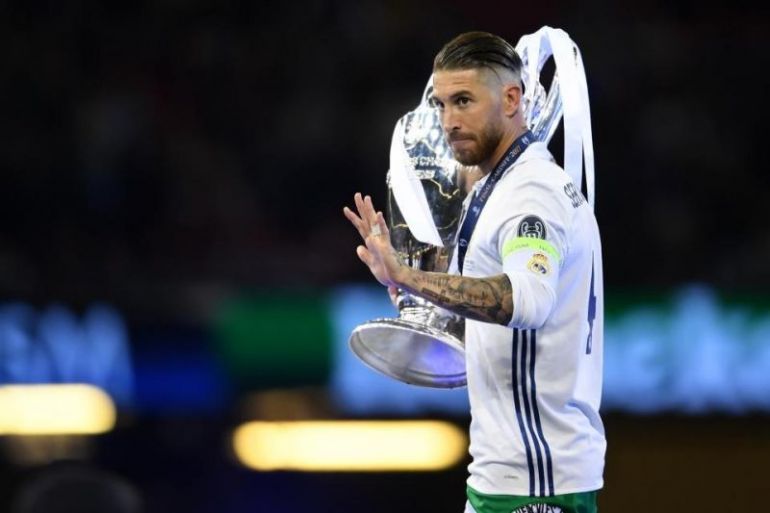 Ramos has won it all with Los Blancos.

Here’s what the Spanish legend said to Onda Cero on his future:

“There is no Ramos case, I have a contract with Real Madrid, I have a year and a half left, if they want to fix it, it will be fixed in 5 minutes.”

Ramos was also a crucial member of the La Furia Roja teams that became one of the best international sides ever by winning the European Championships in 2008 and 2012, as well as lifting the World Cup in 2010.

Madrid are currently in a difficult situation but Ramos has shown time and time again that he will battle to get his side back to the top, this is one player that Zinedine Zidane and the club cannot afford to lose from the squad.