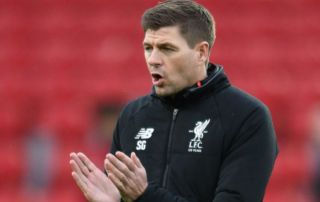 Steven Gerrard has responded after Liverpool duo Trent Alexander-Arnold and Andy Robertson were left out of FIFA’s World XI on Monday night.

The FIFA Best awards ceremony took place in Milan, and among the accolades handed out, FIFPro announced their world XI.

As seen in their tweet below, there was a strong Liverpool presence with Alisson and Virgil van Dijk included, but that was where the contingent ended for the Merseyside giants despite the impressive form of Alexander-Arnold and Robertson in particular.

Congratulations to all! Well deserved! ???

Instead, eyebrows were left to certainly be raised by Marcelo’s inclusion in particular, but Gerrard had a great response to fellow Liverpool fans over the snub.

As seen in his Instagram post below, the former Reds midfielder paid tribute to the defensive duo and insisted that the Reds faithful know how good they are and so it doesn’t matter if that wasn’t acknowledged by FIFA.

That gesture would undoubtedly have been appreciated by the players in question, although they will naturally feel a little disappointment that their quality on the pitch wasn’t acknowledged despite Liverpool lifting the Champions League last season.