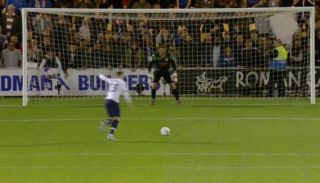 Spurs had a game to forget tonight, as Pochettino’s side crashed out of the League Cup after losing to Colchester United 4-3 on penalties.

With the scoreline in normal time finishing 0-0, the north London side were then made to endure penalties against their League Two opponents.

And the shoot-out went far from as planned, as both Eriksen and Lucas missed their spot-kicks, something that meant the away side suffered a 4-3 loss to crash out of the competition in the third round.

Certainly hasn’t been Spurs’ season so far this term…