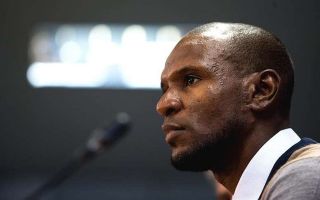 Some Barcelona fans could be disappointed to learn that a potential move for this top European talent is in doubt after Eric Abidal’s assessment of the ace.

According to Spanish outlet Mundo Deportivo, Barcelona technical secretary and club legend Eric Abidal wasn’t impressed with Fabian Ruiz’s celebration for Napoli after his stunning goal against Lecce this past weekend.

The ace scored a wonderful solo goal and went on to celebrate in front of Lecce’s fans, Mundo report that this is something that Abidal wasn’t a big fan of.

Fabian looks like an ideal player for Barcelona in the future, but the Catalan giants are very big on their stars being respectful at all times and the 23-year-old’s celebration could throw a potential move into doubt.

Don Balon report that the ace is currently valued at a massive €80m, with European champions Liverpool and Barcelona’s rivals Real Madrid also interested in the ace.

Another report of Mundo Deportivo’s stated that Abidal was also keeping a close eye on Napoli stalwart Kalidou Koulibaly.

A host of top clubs are eyeing a moves for Napoli and Spain midfielder Fabian Ruiz.

With someone of Busquets’ standing in the game rating the star so highly, there’s no wonder that Napoli value the midfielder at €80m.