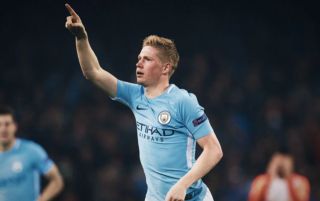 Compiling a team of the week usually turns into trying to fit as many attacking players in as possible and if a defenders scored then you can try and squeeze them in too. As expected, beating a team 8-0 will also see many of your players feature.

Whoscored.com compiled a European team of the week and it’s packed with Premier League players. Obviously Man City feature heavily but there’s some good shout outs for some surprising players too: 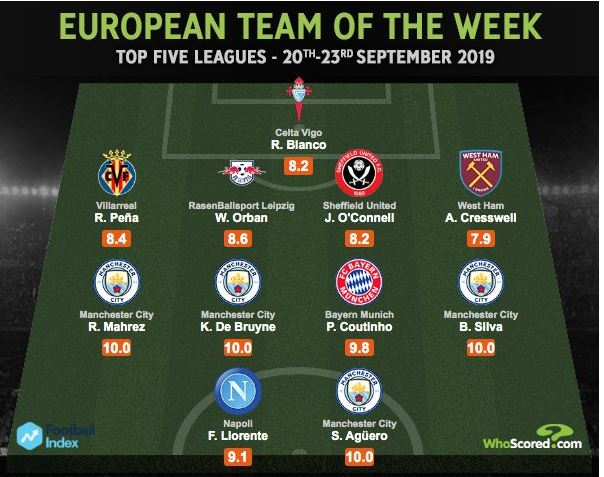 European Team of the Week

It’s no great surprise to see Man City have the four highest rated players in the team. They completely embarrassed Watford and showed the perfect response to their Norwich City defeat. It’s interesting that some reports suggested one of the main reasons Javi Gracia lost the job was because of the 6-0 FA Cup final defeat, only for it to get worse after he left.

Aaron Cresswell sneaks in as the lowest rated player in the team, mainly due to his superb free-kick that secured the win for West Ham at home to Man United. Jack O’Connell also makes the side after an outstanding performance for Sheffield United against Everton.

There’s also a couple of interesting names of players who were moved on from their clubs this Summer. Coutinho had an awful season for Barcelona last year but has really started to pick up for Bayern Munich. He scored a penalty but also looked much more like the Liverpool version we had become used to watching. 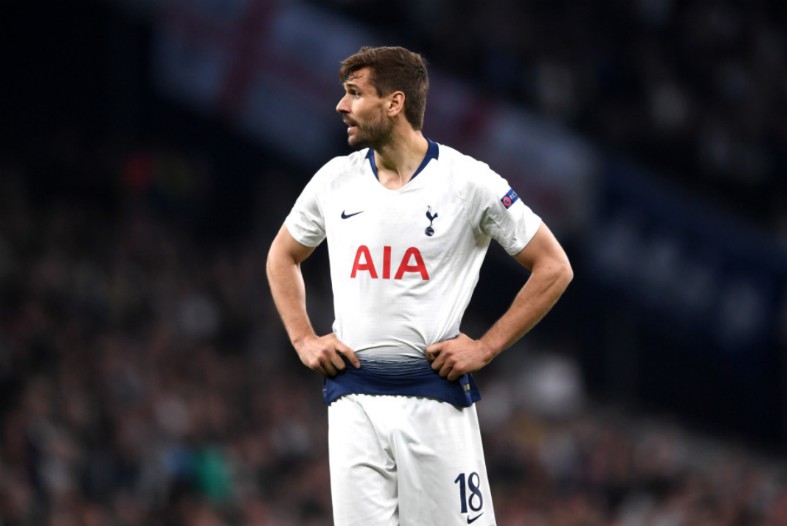 Should Spurs have kept Llorente for this season?

Fernando Llorente is having an interesting time at Napoli. He was seen as a back-up or last ditch option for Spurs, but he’s had a great start to his time in Italy. He only managed two Premier League goals in two years at Spurs, yet he’s already matched that total in Serie A. He also scored in his Champions League game to complete is record of three goals in three games.

It’s certainly a week that Watford fans will want to forget, but it’s interesting to see Coutinho and Llorente having success after moving to new clubs.

Keep an eye on the action this weekend to see who might make the cut next week.