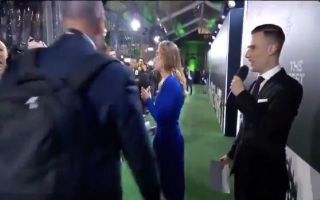 There does need to some sort of balance between the media wanting access to players and just constantly bothering them about small things as they try to get their moment with them.

A wonderful/cringeworthy moment was captured on camera as two reporters tried to get Messi to join them during a live broadcast.

READ MORE: Valverde tries to offer explanation for Barcelona ace’s awful form but it exposes huge flaw in the squad

One even says that Messi is about to join us as the Argentine scurries past without even giving them a look:

Presumably he had somewhere to be and this wasn’t just him being rude. The look on their faces as they try to figure out how to bounce back from the snub is pretty priceless.