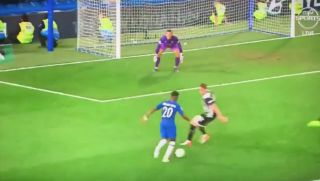 Callum Hudson-Odoi and Michy Batshuayi both scored late on for Chelsea this evening, as the Blues thumped Grimsby in the third round of the League Cup.

With the Blues 5-1 up, Batshuayi fired home with his right after being played through by Christian Pulisic, as the Belgian scored his second of the night.

The home side then scored their seventh, after Hudson-Odoi cut in from the left, twisting and turning before firing home with his left foot to score on his return from injury.

What a night for Frank Lampard’s young side!