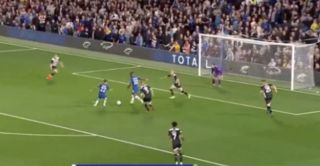 Ross Barkley and Michy Batshuayi were on hand to give Chelsea an early 2-0 lead vs Grimsby tonight, as the Blues look to book their place in the League Cup fourth round.

The Blues’ first goal came after Barkley burst into the box before firing home at the near post with his right foot.

Lampard’s side then found another shortly after that, after a Reece James cross was turned home by Batshuayi, as the Belgian put the home side firmly in the driving seat.

Starts don’t come much better than that!

Video: ‘I had to get used to it’ – One year on, Chelsea’s Thomas Tuchel still isn’t used to no fans in stadiums
More Stories Michy Batshuayi Ross Barkley