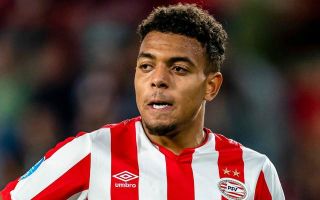 The Dutch international joined Arsenal’s youth team in 2015 after spending eight years at Ajax. He left the Gunners in 2017 and joined PSV. Malen has so far netted 22 goals for the Eredivisie club.

SEE MORE: Injury blow for Arsenal: Starlet expected to be sidelined for up to two weeks

This season, the 20-year-old has been in stunning form this season, scoring 11 goals and providing five assists in 15 appearances across all competitions.

Arsenal were interested in signing him according to Mirror Football who also claimed that Malen was rated at £50 million by PSV.

Now, Everton have also joined the race to sign the Dutch international with Calciomercato (via the Sun) claiming that the Toffees Sporting Director Marcel Brands is eager to bring in more young talent to the club and wants to sign him.

Malen has been impressive for PSV and there’s no doubt that many clubs will be interested in roping him in. A move to Everton might be more suitable for the Dutchman from a game-time standpoint.

Major boost for Man United as top transfer target could leave for around £90m, replacement already eyed up

Video: Arsenal target Donyell Malen denied a goal for PSV with one of the worst offside calls ever