John Hartson believes that West Ham are in a much better position to make progress moving forward after axing Marko Arnautovic.

The Hammers currently sit in fifth place in the Premier League table having picked up 11 points in their opening six games, as they’ll hope that they can kick on and compete for a top six finish this season.

SEE MORE: ‘He looks a great player’ – Pundit singles out West Ham star for praise after 2-0 win over Man Utd

Time will tell if Manuel Pellegrini’s side can maintain their impressive recent form, but Hartson believes that the Chilean tactician has put together a group of players ready to fight and have done well to get rid of Arnautovic, who he believes had the wrong attitude.

“He was a really good player, but his attitude was a disgrace,” he is quoted as saying too Football FanCast. “They’ve got players now with the right attitude, who all want to go in the same direction.

“They have one thing in their mind and that’s to take West Ham as far as they can take them.

“You’ve got to get rid of the selfish ones and the ones who aren’t in it for the team. That’s where West Ham are at the moment and things are going well.”

There’s no denying that Arnautovic did show a touch of class during his time at West Ham and gave them that little bit of extra equality in the final third as he bagged 22 goals and 12 assists in 65 outings for the club.

Nevertheless, the Hammers appear to have bought well this summer and strengthened in attack with good players, and they’ll hope that they can continue to make progress to show that they were right to allow Arnautovic to move on and join Shanghai SIPG back in July and move in a different direction themselves. 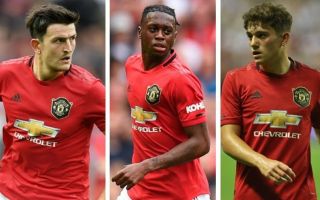