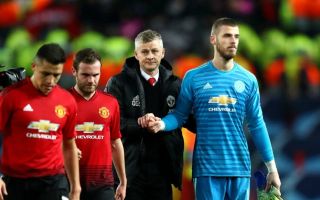 The Norwegian tactician is going through a real rough patch with United, despite initially looking just the man for the job when he made a great start as interim boss.

It’s been rapidly downhill since Solskjaer landed the job permanently, but De Gea has made it clear he is still with him and that the whole squad needs to get behind their manager.

Solskjaer does not have a great deal of experience at the highest level, with his last job being at Molde in his native Norway, while he also had an unsuccessful spell in the Premier League a few years ago with Cardiff City.

The 46-year-old certainly has a big job on his hands now but he’ll surely benefit from big names like De Gea throwing their weight behind him during this difficult period.

“He is a man of the house, he has been here as a player for many years, he knows the club well and the important thing is that the whole team is with him, we go with him to the death,” the Spaniard told DAZN, as quoted by the Daily Star.

De Gea recently signed a new contract at Old Trafford as another indication that he has faith in the Solskjaer project.