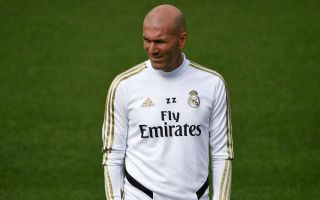 Real Madrid are reportedly plotting to make a move for Atletico Madrid midfielder Saul Niguez as an alternative for Paul Pogba.

According to Don Balon, Los Blancos will try to sign the Spanish international who could cost them €150 million which is his release clause as reported by AS back in July when he was linked to Manchester United.

The report from Don Balon also claims that Saul is an alternative to Pogba who Real Madrid were unable to sign as the Red Devils were demanding €188 million for him.

The Spanish international is among the finest midfielders in Europe and has been an integral player for Atletico Madrid. Saul has made 256 appearances for Diego Simeone’s side, scoring 34 goals and providing 18 assists. This season, the 25-year-old has featured in every single match for Los Rojiblancos

Saul would undoubtedly bolster Real Madrid’s midfield which already has the likes of Toni Kroos, Luka Modric and Casemiro. However, Atletico Madrid will try their best to keep one of their most crucial players at the Wanda Metropolitano.