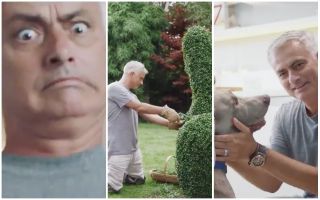 Jose Mourinho and Paddy Power have linked up to produce a brilliantly funny advert as the ‘Special One’ shows a lighter side to him.

The Portuguese tactician has made plenty of headlines over the course of career, mainly for ones relating to his achievements but also for his antics off the pitch and his failures along the way.

While the wait continues to see him back in management after he left Manchester United last December, he has been busy doing punditry work and other bits while now featuring on Sky Sports.

Now, he has produced a work of comedy gold alongside Paddy Power, as seen in the video below, as he jokingly makes digs at himself with regards to memorable moments and quotes that he has provided over the years.

It’s fair to say that Mourinho is going to come out a winner in this as it has received a great reaction based on the comments left on the tweet, but ultimately many will be itching to see him back on the touchlines in management sooner rather than later to provide some new moments.

There’s a cheeky swipe at his second place finish with Man Utd the season before last as well his demands for respect in a press conference while in charge of the Red Devils. In turn, they’ve certainly nailed this one…