Barcelona winger Carles Perez has committed his future to the club until 2022, after emerging as a key member of Ernesto Valverde’s squad.

The 21-year-old rose through the youth ranks at Camp Nou before graduating to the senior team in 2017, but he was made to wait for his full debut.

Valverde eventually granted the Spaniard his first appearance in Barca’s final game of the 2018-19 season against Eibar and he has taken great strides forward since then.

Perez has featured in five La Liga matches for the Spanish champions this term, contributing one goal and two assists playing on the right-hand side of a front three.

The talented young attacker’s existing deal was due to expire next summer, but Barcelona have announced on Friday that he has put pen to paper on a new three-year contract.

Perez has been rewarded for his bright start to the season and he will now continue his development at Camp Nou for the foreseeable future.

His rise to prominence is one of the few positives Barca can take from the last couple of months, with a mixed run of results increasing pressure on Valverde. 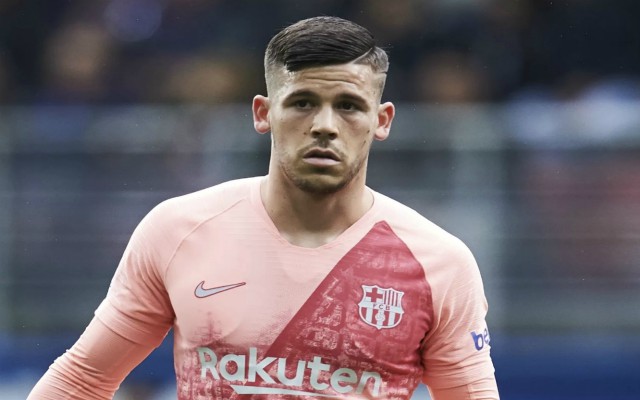 Perez in action for Barcelona

The Blaugrana have only managed to pick up ten points from a possible 18 in La Liga, with arch-rivals Real Madrid currently leading the way on 14.

Perez’ continued presence in the Barca line up will be vital to their chances of bridging that gap, especially while Lionel Messi continues to struggle with injuries.

Valverde’s men are back in La Liga action tomorrow afternoon away at Getafe, before resuming their latest Champions League campaign with a clash against Inter Milan four days later.