Jurgen Klopp has described Joel Matip’s free transfer to Liverpool as an “incredible” coup for the club which is paying off this season.

Matip moved to Anfield on a free back in 2016, following the expiration of his contract with Bundesliga giants Schalke.

The 28-year-old has since racked up 106 appearances for the Reds across all competitions, competing for a place in the back four alongside Virgil van Dijk, Joe Gomez and Dejan Lovren.

Matip has been Klopp’s first-choice partner for Van Dijk in the heart of the defence at the start of the 2019-20 campaign, which has seen Liverpool storm to the top of the Premier League table with a 100% record.

Ahead of their next outing against Sheffield United on Saturday, Klopp has hailed the Liverpool star for the impact he’s had at Anfield since his bargain transfer.

As per Goal, the German boss told a press conference on Friday: “Joel was always an incredible talent. He played as an 18-year-old boy for Schalke in the Bundesliga.

“It’s a strong league and he played there, and was always a standout player, a fixed point in defence. 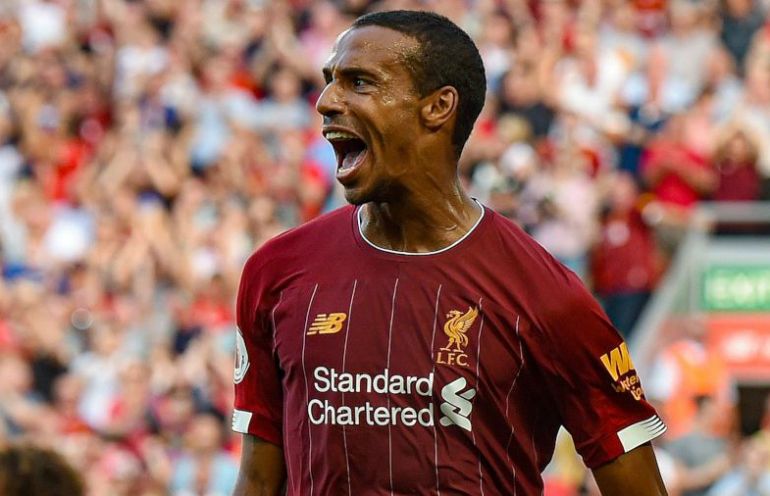 Matip in action for Liverpool

“Yes he lacked a little bit of consistency, that can happen especially with his physical stature. He doesn’t always look sensational when he moves. But he grew and developed.

“In a world of big transfer fees, to sign a player like Joel Matip on a free transfer is incredible. It was maybe one of the best pieces of business we did in the last few years.”

Klopp hopes Matip can maintain his recent form in the coming months, with another tense title race against Manchester City on the cards.

“When Joel played or Dejan played, they are really good players. We have no issue in that position,” he added.

“That doesn’t mean they are perfect and won’t make mistakes, but they won’t make them too often. Joel is in a really good moment, long, long may it continue.”

After their trip to Bramall Lane this weekend, Klopp will prepare his side for a crucial Champions League clash against Red Bull Salzburg at Anfield on September 2.