Frank Lampard has no plans to fast-track Christian Pulisic’s development at Chelsea, stressing that the midfielder ‘needs time to adapt’ at Stamford Bridge.

The United States playmaker completed a £58 million transfer from Borussia Dortmund to Chelsea in January before being loaned back to Westfalenstadion for the remainder of the 2018-29 season- as per Metro Sport.

Pulisic has only started three of the Blues first six Premier League fixtures this term, with Lampard opting to leave him on the bench during their 2-1 defeat to Liverpool at the Bridge on Sunday.

Speaking ahead of a home clash against Brighton this weekend, Lampard has insisted that the Chelsea star needs an “adaptation period” before he can feature regularly.

As per The Mirror, Lampard said: “I have four wingers to chose from now they are all fit. Pulisic we forget is 21 because of the price-tag.

“It is normal to have an adaptation period. He has shown some good moments this season and in pre-season but he must do it daily.

“He needs time to adapt but we support him on that. His time will come.” 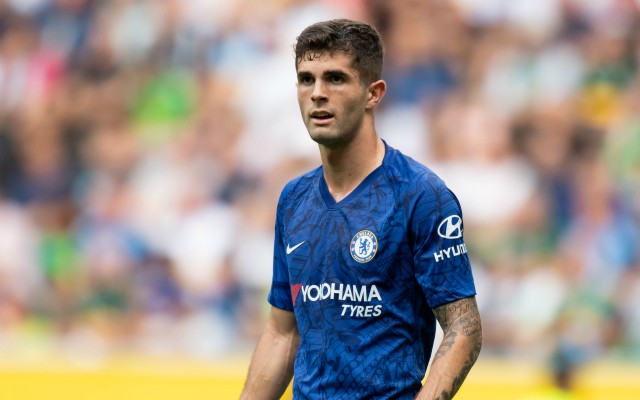 Pulisic in action for Chelsea

Lampard has been unafraid to blood the younger members of his squad at the start of the 2019-20 campaign, with the likes of Tammy Abraham, Mason Mount and Fikayo Tomori all benefitting from his selection policy.

Chelsea’s next generation of stars have performed admirably, with a 7-1 Carabao Cup win over Grimsby on Wednesday the latest example of the squad’s immense potential.

“A huge part of any manager’s job is to sit and work with the players,” Lampard added.

“Younger or older, but with younger players, you want to pass on more knowledge and help them. Sometimes it is being tough. I try to do that as much as possible.”