Barcelona striker Luis Suarez is reportedly considering going back to Liverpool, after growing frustrated with his situation at Camp Nou.

Suarez spent three years at Anfield after joining the Reds from Ajax in 2011, spearheading a title charge in the 2013-14 season and carving out a reputation as one of the most deadly strikers in European football.

The Uruguayan then made his way to Camp Nou, where he has enjoyed huge success, picking up 13 major trophies in total including four La Liga titles and the Champions League.

However, things have turned sour for Suarez and Barcelona at the start of their latest campaign, with only 10 points picked up from a possible 18 in La Liga.

Blaugrana supporters whistled at Suarez when he was substituted during a 2-1 win over Villarreal on Tuesday night and he only has two goals to his name in five appearances so far this term.

As per Sports Mole – reports in Spain are claiming that Suarez is now contemplating a shock return to Anfield, with Liverpool open to the prospect of re-signing a former talisman. 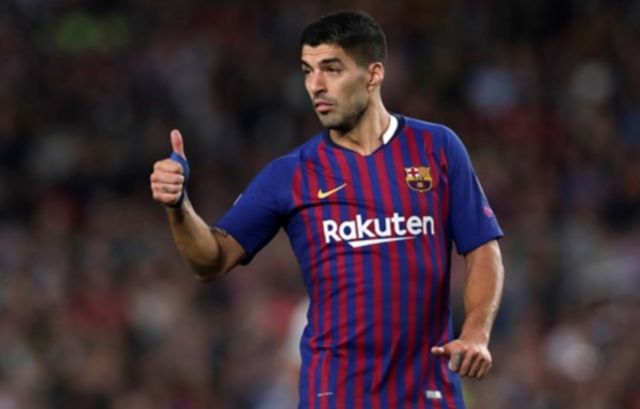 Suarez is reportedly unhappy at Barca

The 32-year-old is unhappy at Barcelona at the moment and a return to familiar surroundings in the Premier League is an attractive option for him to consider at this stage of his career.

That being said, there is absolutely no guarantee that Suarez would be a regular in Liverpool’s starting line up these days, given the plethora of attacking options Jurgen Klopp has at his disposal.

Roberto Firmino, Mohamed Salah and Sadio Mane have formed a hugely effective triumvirate in recent years, with the Reds now considered to be one of the best attacking outfits in Europe.

Liverpool won the Champions League last season and look on course for more silverware next year, with a settled squad full of world-class talent.

Suarez is no longer at the peak of his powers and Klopp might be wise to think twice before sanctioning a possible swoop, but the Anfield faithful would surely be delighted to welcome him back given how well he fared in England last time around.