The Danish midfielder’s current deal at Spurs is due to run out at the end of the season and he will be free to negotiate a permanent move away from the club with any potential suitors in the new year.

United boss Ole Gunnar Solskjaer could be on the lookout for fresh reinforcements in the winter window, with his side currently languishing down in eighth in the Premier League table.

According to Goal, the Red Devils are eager to capitalise on Eriksen’s contract situation and seal a transfer deal in January, with executive vice-chairman Ed Woodward prepared to grant Solskjaer the funds to strengthen his squad.

The report states that Tottenham chairman Daniel Levy is determined to avoid losing a prized asset for nothing next summer, which opens the door for United to submit an offer at the start of 2020. 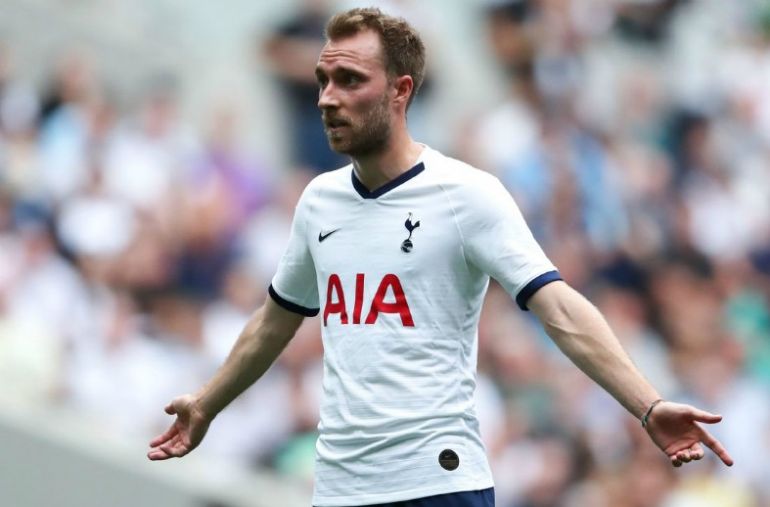 Eriksen is a target for Man Utd

The Red Devils were weighing up a £70 million swoop for Eriksen earlier this year, but decided against an official approach, with Real Madrid thought to be his preferred next destination – as per Goal.

The 27-year-old still has his heart set on a move to Spain, but Levy may prefer to cash in on a prized asset as soon as possible.

Eriksen would be a fantastic addition to a United side lacking a creative spark in the middle of the pitch and he would be a low risk signing for the club given his experience in the Premier League.

The Denmark international could also serve as the ideal replacement for Paul Pogba, who according to Metro Sport, is also eyeing a move to Madrid next year.

This particular transfer saga looks set to drag on for the next few months, with a potential bidding war on the cards moving into the second half of the campaign.