There’s nothing more frustrating than seeing an exciting signing join your club only to see them stuck on the bench or pick up an injury and take forever to actually play.

Leeds United brought Helder Costa in from Wolves this Summer, but all of his league appearances have been from the bench so far. That could change when Leeds take on Charlton this weekend.

READ MORE: “What a joke”: These fans are astonished as Leeds awarded Fair Play award at Fifa Best ceremony

Marcelo Bielsa’s press conference comments were reported by Leeds-Live, and the Portuguese winger was one of the things he discussed.

He confirmed that Pablo Hernandez was injured so he would miss the game, but it means Costa would get an opportunity to play from the start. Bielsa said: “He is ready, he is prepared. I cannot say I am happy because people will say I’m happy Pablo cannot play! I am happy for Helder and sad for Pablo. I do not want to take the risk, but I am happy Helder is playing.” 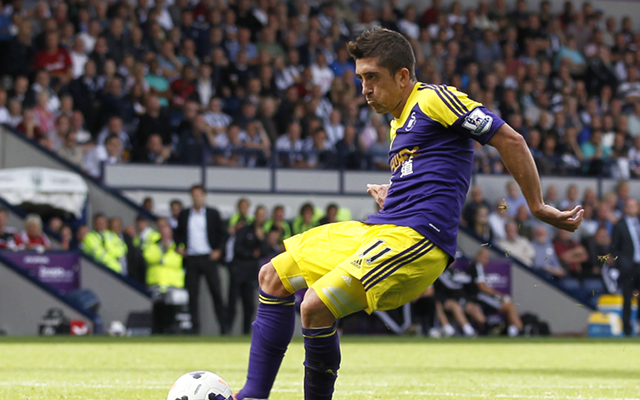 Hernandez will miss the game through injury

There’s no doubt that Hernandez will be a huge miss, but Costa is an exciting player to watch and should bring a bit more pace to the side. He was outstanding for Wolves during their promotion season as he scored 10 goals in 35 Championship games, so he clearly knows how to perform at this level and what it takes to get out of the league.

Charlton are managed by former Leeds favourite Lee Bowyer. They enjoyed a tremendous start to their campaign but that form has trailed off with a couple of losses. It should be an exciting game but Leeds will fancy their chances to take all three points and stay at the top of the table.