It can often seem that a manager is done at the top level once they get sacked from their first big job. They can do their best to rebuild their previous reputation and try to earn another go at it.

Brendan Rodgers did an outstanding job with Celtic after getting the sack at Liverpool, and he’s continued that good work with Leicester City too.

He’s been so impressive that Ally McCoist suggested he would be the ideal man to replace Mauricio Pochettino at Spurs if he was to move on. Some of his comments on Talksport were reported by Tbrfootball.

Speaking about a possible replacement for the Argentine McCoist said: “Brendan is the ideal choice for Tottenham, he is a clever man and is an excellent coach. He has an excellent side at Leicester, whether he would leave Leicester, I don’t know,”

The story confirms that Toby Alderweireld, Christian Eriksen and Jan Vertonghen have their contracts expiring after this season and there’s a feeling the squad has gone as far as it can. As a result it looks like a major rebuild will be required with important members of the squad needing to be replaced. 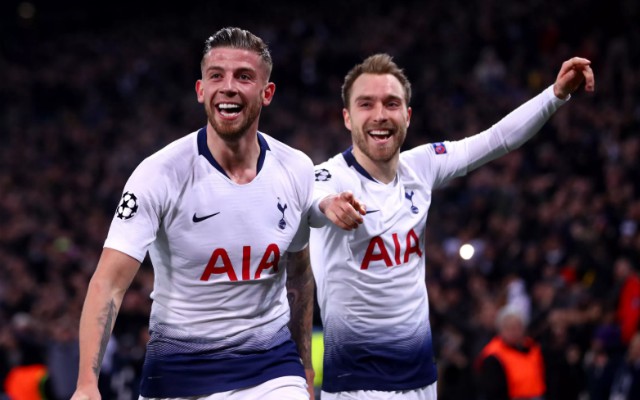 Could Eriksen and Alderweireld move on after this season?

It’s interesting to see how Rodger’s reputation seems to be re-established after his spell at Celtic and current job at Leicester. The Celtic fans notably had a banner saying he “traded immortality for mediocrity” when he left to go back down south, but it could prove to be a wise move if he got a bigger job.

He came so close to winning the Premier League title with Liverpool before suffering a slump and eventually getting the sack. He also showed signs at Celtic that performances were tailing off towards the end of his tenure so he might not be a long term option.

Despite this, there’s nothing to fully suggest Pochettino will be leaving Spurs at this point. You do get the feeling he might want a fresh start and a new face could help to refresh Spurs, but the grass may not be greener for Tottenham if they decide to move on.