Andrea Belotti scored a superb winner for Torino in a Serie A clash against AC Milan on Wednesday night, taking his tally to four for the season.

Milan have now lost three of their opening five fixtures this season, with pressure starting to build on head coach Marco Giampaolo, who was drafted in to replace Gennaro Gattuso earlier this year.

The Rossoneri took the lead in their latest outing via a Krzysztof Piatek penalty, but Belotti levelled the scoreline in the 72nd minute with a superb run and finish.

The Italian striker sealed a 2-1 victory for Torino with an acrobatic overhead kick four minutes later, readjusting himself superbly after fluffing his lines when first receiving the ball in the box.

Check out the Belotti strike which condemned Milan to another defeat below.

? 70 minutes of good work is undone for Milan as Torino’s captain bags a quickfire double! pic.twitter.com/XrHr9NwE1D 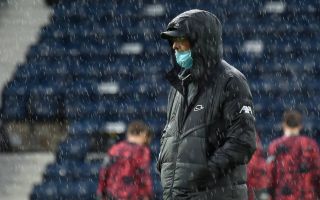