Arsenal look set to be without Hector Bellerin for their trip to Man United on Monday, after the Spaniard played for Arsenal U23’s against Liverpool on Saturday.

Bellerin played all 90 minutes against the Reds’ youth side today, as they drew 2-2 in the Premier League 2.

Given this, the Sun have come out and stated that Bellerin looks set to miss his side’s match at Old Trafford in two days time.

However it’s not all bad news for Arsenal fans, as it’s also stated that Tierney looks as if he’s to play a part against the Red Devils on Monday after he was excluded from the U23s’ squad for today’s match.

Bellerin has only recently made his return to first team football with the Gunners, after he came on towards the end of the second half in his side’s 5-0 win over Nottingham Forest in the League Cup this week.

Following this, it’s easy to see why the club may not be willing to throw the Spanish international in at the deep end and play him against United. 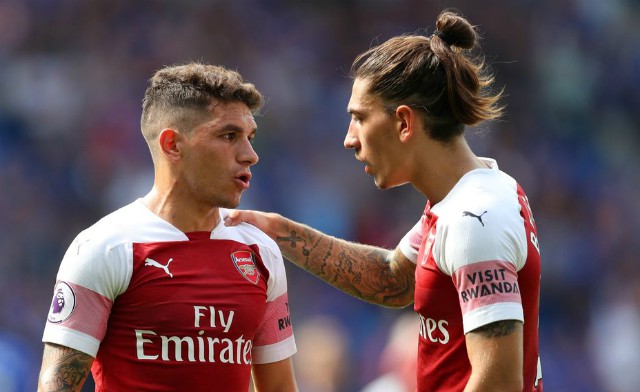 Following this news, we should expect to see Ainsley Maitland-Niles start at right back on Monday night, as Unai Emery’s side look to build on the win they managed against Aston Villa last week.

It’ll be interesting to see if Arsenal feel Tierney is ready to start against the Red Devils in a few days time, or whether they opt to start Sead Kolasinac ahead of the Scottish international.