The league cup has always been a chance for young players to play in the first team and show what they can do. One of their main motivations for getting through is knowing that should guarantee them at least one more first team game.

A very youthful Liverpool side played brilliantly last week as they beat MK Dons 2-0 to advance to the next round of the Carabao Cup.

Unfortunately for those players, that achievement could be getting erased from the books. According to The Sun, Liverpool are currently under investigation for fielding an ineligible player that could see them booted out of the competition.

There are no clear suggestions at this point exactly which player was ineligible or for what reason, but the report does indicate the club admit they know there’s a potential issue with one of the player’s registration in an administrative sense.

The only thing the club confirmed at this point is they are working with the relevant authorities and they would comment further when the process was completed. 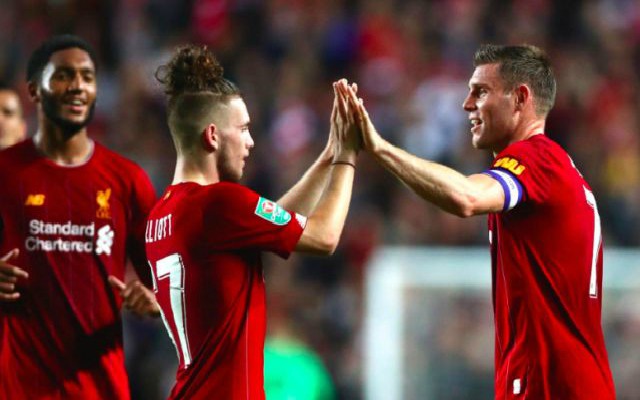 It’s terrible news for the young players who managed to progress to the next round. They would have had the chance to play against Arsenal at Anfield in the next round, which would’ve been an incredible chance to prove themselves in the first team.

It’s definitely worth keeping an eye on this as it develops.