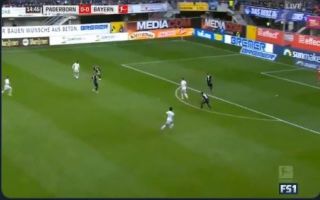 Sometimes a world class player looks perfect for a club but it just doesn’t work out for some reason. Philippe Coutinho should have been perfect for Barcelona but he was poor last season.

He looks rejuvenated at Bayern Munich and it looks like Barcelona could do with some of his craft and vision in attack after a poor start to the season themselves.

He looks much more like the creative force we saw at Liverpool were he also managed to score over 50 goals during his time at Anfield.

This assist for Serge Gnabry’s goal today was brilliant and shows exactly what he can do:

The ball just completely takes the keeper and defence out of the game and makes up Gnabry’s mind for the simple finish. Hopefully he can keep up this kind of form for the rest of the season