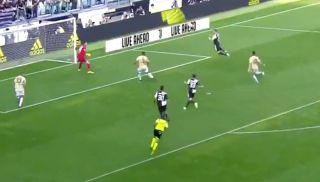 Juventus doubled their lead against SPAL thanks to Cristiano Ronaldo as the Portuguese superstar was back on the scoresheet this weekend.

Miralem Pjanic had given the hosts the lead on the stroke of half-time with a stunning strike, and that would undoubtedly have settled a few nerves.

In turn, Ronaldo was on hand after the break to double Juve’s lead and send them on their way to three points as they look to avoid seeing the gap between themselves and rivals Inter get any bigger at this early stage of the campaign.

Paulo Dybala was instrumental in the goal as he swung in the cross that found Ronaldo to head home, and that will have been a real boost for the Argentine forward given his struggles to get into Maurizio Sarri’s starting XI so far this season.

The pair showed great link-up play to score a second, and Sarri will hope to see more of the same moving forward to give him another key option in the attacking third moving forward.