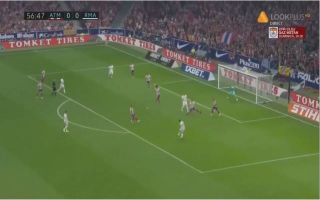 It’s surprising to see whats happened with Gareth Bale over the past few months. His future at Real Madrid looked bleak as he was criticised for playing golf and didn’t look like being part of the first team.

Zidane was reported by the BBC as saying he wanted Bale to move on, yet he’s gone on to be one of the most important players for him this season.

He started against Atletico Madrid tonight, but blazed this glorious chance to break the deadlock way over the bar:

? What a chance this was for Gareth Bale to give Real the lead!

It’s a tight game with it looking like one goal will be enough to win it, he will be hoping this doesn’t come back to haunt him.