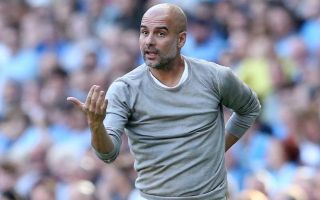 Gary Neville feels that Manchester City should bring in more defenders when the transfer window reopens in January.

The Premier League champions didn’t sign any centre-backs this summer following the departure of Vincent Kompany. However, City are now without their best central defender Aymeric Laporte while John Stones is injured as well.

SEE MORE: ‘Miles better than De Gea’ and ‘Alisson could never’ – These fans believe City’s Ederson is the best goalkeeper in the league

Neville feels that Manchester City’s current defensive options aren’t sufficient to win the Champions League or the Premier League and has urged them to spend in January.

Speaking to Sky Sports, the former Manchester United captain said: “You have to think that City will spend in January. I saw this morning that Guardiola said they didn’t have any money. Well, they’ve got more than everybody else. They bought Aymeric Laporte in January a year and a half ago, and I feel that they’re going to have to do the same again. This won’t be good enough for the Champions League or the Premier League. Guardiola will know it – he knows the standard more than anybody.

“They’ve set limits, and perhaps it’s not so much the fee, but the wages that will be demanded to attract the right type of player, which is making the Manchester City hierarchy nervous and stay within a structure. But with Vincent Kompany going, it leaves a huge void, not just on the pitch but off it. There aren’t too many players like him around, and he’s difficult to replace.”

Of course Laporte’s absence is a huge blow to Manchester City but they do have Nicolas Otamendi who’s a pretty good centre-back while Fernandinho has done fairly well in the heart of defence. However, the Premier League champions could bring in another centre-back in January as a backup option.

Manchester City are currently second in the league table, five points behind Liverpool. Their next match is a Champions League fixture against Dinamo Zagreb.