Harry Maguire has stated that he’s looking to improve his leadership qualities as Man United boss Ole Gunnar Solskjaer eyes him up as a potential future captain.

Ashley Young is currently the club’s skipper, with the England international taking over from Antonio Valencia following the Ecuadorian’s departure in the summer.

Solskjaer is yet to name a new captain, and given his recent words, it seems like summer signing Maguire could be handed the armband in the near future.

As per the Mirror, when speaking about the United captaincy, Solskjaer stated “Maguire has already been in my head thinking about him as a future captain. He’s a leader on the pitch, he defends really well. Off the pitch a top, top professional.”

Following this, the player himself has come and out stated that he’s looking to improve the leadership side of his game, something that could play the difference in him being made skipper in the future.

According to the same report from the Mirror, Maguire’s stated “It’s something I still want to improve on, my leadership qualities on the pitch and especially my talking. I want to demand more from the players, demand standards, but I’m obviously not concentrating on that at the moment.” 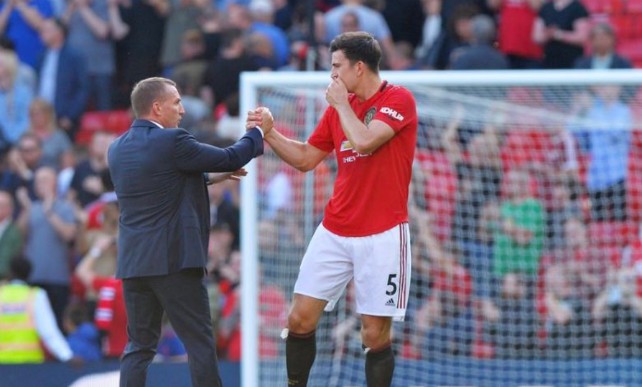 Given that Maguire only joined the club this summer, it would’ve been a hasty decision for Solskjaer to hand him the armband right away, thus we can see why Young is still the Red Devils’ skipper.

Maguire definitely seems like the most worthy candidate in regards to United naming a new captain, thus we would be far from surprised to see him handed the armband in the near future, something Solskjaer’s hinted at with his words here.