Manchester United are in urgent need of a big result to get their season going again and have the perfect opportunity when they take on Arsenal on Monday night.

The Red Devils host the Gunners at Old Trafford – a ground on which their opponents have a truly shocking record, having last won there in the Premier League 13 years ago.

Unfortunately for United, they have something of an injury crisis going into this game, which is unlikely to help Ole Gunnar Solskjaer as he bids to lift the mood inside the club after a poor start to the 2019/20 campaign.

As reported by the Manchester Evening News, United look set to be without Paul Pogba, Marcus Rashford and Anthony Martial for the visit of Arsenal, which means we’re likely to see an even younger side than usual.

It’s unclear precisely how Solskjaer will line up tomorrow evening, but here’s what we think MUFC should put out against Arsenal… 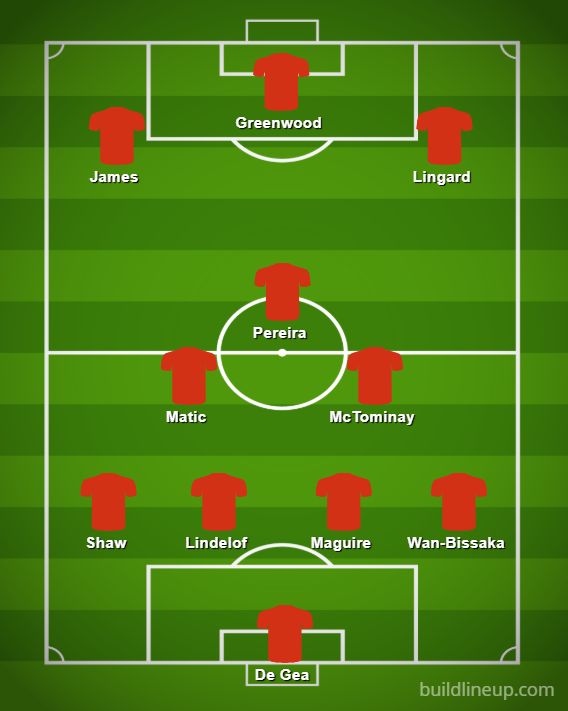 Mason Greenwood up front seems a no-brainer at this point, and he deserves all the credit for making such a strong case for himself when he’s been given opportunities.

This is a big chance for the 17-year-old to show what he can do from the start in a big Premier League game, but it’s also huge pressure on him and another youngster, Daniel James, to shine in a weakened attack.

In theory, however, the pair arguably look an upgrade on the more established Martial and Rashford, bringing more in the way of pace and goal threat that could really trouble this unconvincing AFC defence.

Jesse Lingard probably just about sneaks in alongside them up front, despite being in poor form for some time now, though of course he has a pretty good record against these opponents.

In midfield, we’ve gone for Andreas Pereira over Juan Mata, even if it’s perhaps more realistic that Solskjaer picks the more experienced Spaniard.

Mata’s form has been poor for some time and while it’s tempting to hope he can show up in this big game, it seems more worthwhile showing some faith in Pereira and giving him some much-needed experience against top quality opposition.