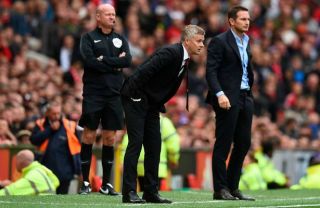 Paul Merson is of the opinion that Chelsea’s young squad will dominate English football in the next two or three years.

After winning the Europa League last season, the Blues lost their talisman Eden Hazard while Frank Lampard became their new manager. Lampard gave opportunities to youngsters like Tammy Abraham, Mason Mount and Fikayo Tomori, all of whom have produced some fine performances so far.

Chelsea’s start to the season was shaky but they have produced some decent performances lately. Merson feels that this squad has what it takes to dominate English football in the upcoming years.

As quoted by Express, the pundit told Soccer Saturday: “It’s very rare that the bar gets heightened when you get beat. But I think everybody went away from the game after and thought ‘you know what, we’ve got a bright future here’. If you go through some of the players, you don’t know if this has been a plan or they’ve just fallen over it, but you’ve got to give credit to Frank Lampard.

The Blues’ youngsters have produced some fine performances this season with Abraham netting seven goals already and Mount impressing in midfield while often being a goal threat. Tomori is also turning out to be a fine talent at the back.

Chelsea are in safe hands and they are bound to produce better performances as the season progresses. The Blues registered their third Premier League win of the season by beating Brighton and Hove Albion 2-0 yesterday. Lampard’s side next play Lille in the Champions League on Wednesday.