According to Mirror Football, Gordon Strachan believes that Kieran Tierney’s ability to read the game reminds him of Liverpool stalwart Virgil van Dijk.

Tierney has just arrived in north London following a marquee move from Celtic this summer. The Gunners signed the energetic left-back for £25m on deadline day, as per BBC Sport.

The Scotsman was hailed by fans after his impressive performance against Nottingham Forest in his debut for the Gunners during midweek.

Comparisons to Van Dijk will undoubtedly heaps lots of pressure on the youngster, Strachan may not have done the ace a favour with his recent comments. 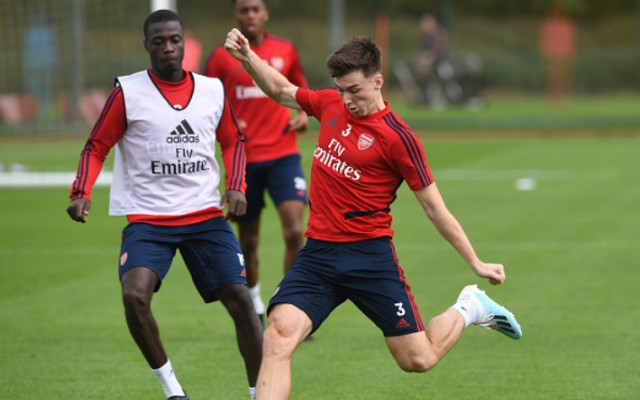 Tierney made his debut for Arsenal in the League Cup this week, he could make his Premier League bow against Manchester United tomorrow night.

Here’s what the former Scotland and Celtic boss had to say:

“Kieran is seriously a wonderful kid and his understanding of danger is magnificent.”

“He reminds me of Van Dijk in that way. The first time I watched Virgil and Kieran play, I thought, ‘Are you lucky, or are you brilliant at reading the game?’.”

“I’d love to see some analysis on how many times he intercepts or clears the ball in the box.”

“He thinks like a forward, so he understands what they’re going to do.”

“You could have six attackers and just him, and Kieran could still sniff the danger and get the ball. So he’ll certainly help Arsenal get to the top four.”

Van Dijk has rose to superstardom since his move to Liverpool, the Dutchman was recently crowned as the World’s Best Player after his sensational performances for the Reds.

If Tierney can play even half as good as Van Dijk has, Unai Emery will have a unstoppable player on his hands. All eyes will be on the ace tomorrow evening if he makes his Premier League debut in the mammoth clash against Manchester United.