Real Madrid manager Zinedine Zidane is reportedly worried about Eden Hazard after the Belgian put in a below-par performance against Atletico Madrid yesterday.

Los Blancos drew 0-0 with their local rivals, as they maintained their place atop of La Liga, as well as their unbeaten record in the league.

It was a fairly even game between the two Spanish giants, with players like Federico Valverde and Thomas Partey impressing with their displays.

However, one player who flattered to deceive was Hazard, who arrived at the Santiago Bernabeu this past summer following his move from Chelsea.

The Belgian was wasteful in possession against Simeone’s side, as he continued his mediocre start to life in Spain following his summer transfer.

And it seems like this performance has lead to manager Zidane growing increasingly worried about the Belgian international.

As per Don Balon, Hazard’s display on Saturday night worried Zidane, with the Frenchman making the winger aware of this, informing him that he needs to improve in the near future. 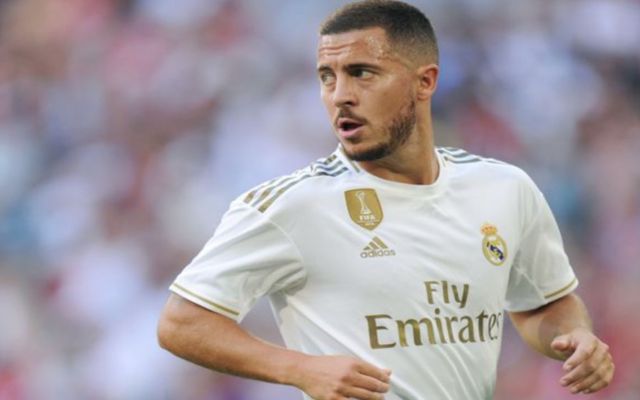 Given that the forward has spent a large part of this season out injured, it’s somewhat understandable to see him struggling to get back to his best.

During his time with Chelsea, Hazard managed to establish himself as one of the best players on the planet, something that should still make Madrid fans confident in the player’s ability to turn his recent form around.