AC Milan are interested in signing Nice midfielder Arnaud Lusamba, who has made an impressive start to the 2019-20 campaign.

The Rossoneri are already looking ahead to the January transfer window, after recording just two wins from their opening six Serie A matches.

A fourth defeat at home to Fiorentina on Sunday heaped more pressure on under-fire boss Marco Giampaolo, who has been unable to lift the gloom lingering over the San Siro since succeeding Gennaro Gattuso in the hot seat earlier this year.

According to Calcio Mercato, Milan are plotting a transfer swoop for highly-rated Ligue 1 starlet Lusamba, whose current contract is due to run until the summer of 2021.

The 22-year-old has appeared in five of Nice’s eight fixtures this term, helping them rise to sixth in the standings, just five points behind reigning champions and leaders Paris Saint Germain. 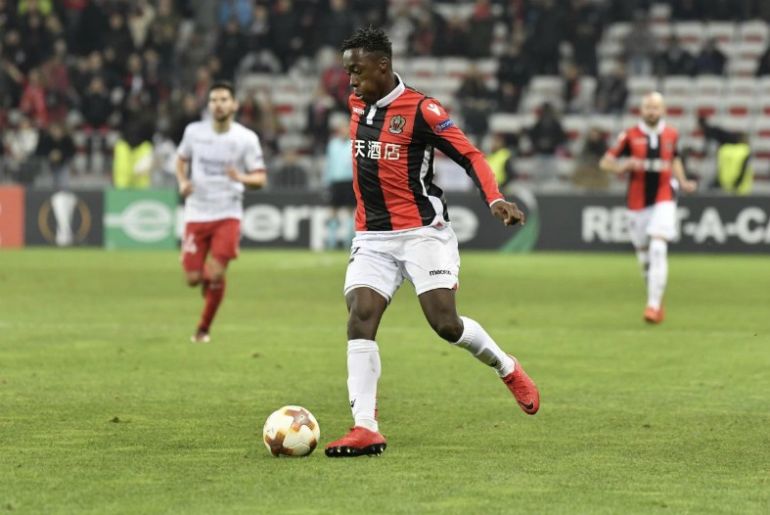 Lusamba in action for Nice

Lusamba could certainly add a new dimension to Milan’s line up in the middle of the park and he is likely to improve quickly in the coming years as he approaches his prime.

Giampaolo will have to recruit when the transfer market reopens, with the club chasing a return to the Champions League, which looks beyond the current group of players at his disposal.

Milan haven’t been a major force in Italy or in European competition for quite some time and recent performances suggest that the club’s supporters will be waiting a while longer before that situation changes.

However, a signing like Lusamba would be a step in the right direction, with his presence likely to bring extra energy and quality to a line up sorely lacking in both at the moment.