A lot of Arsenal fans are getting excited about an Instagram post from Aston Villa star Jack Grealish.

Look at the image below as Grealish posts about how much he loves Arsenal’s Emirates Stadium – a ground he calls his favourite in the Premier League. 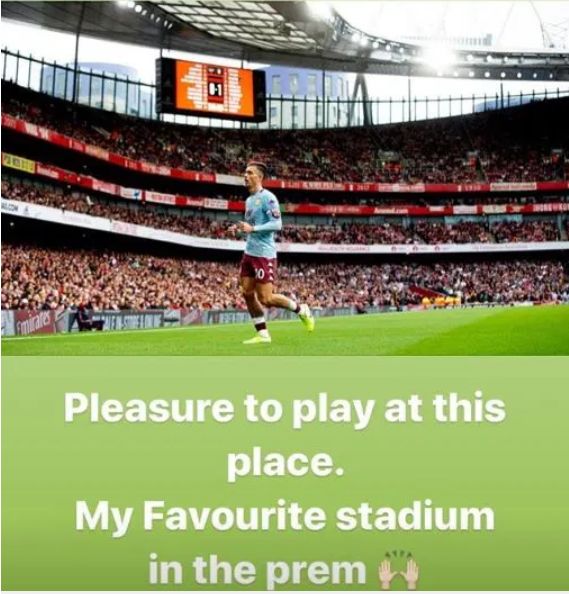 The 24-year-old may just be innocently posting about his admiration of the Gunners’ home, but he’s surely aware in this day and age what kind of attention it’s going to attract.

Arsenal could do with a signing like Grealish in attack, with a few Gooners below mentioning he might be a decent replacement for Mesut Ozil…

Grealish in Özil Out ??? https://t.co/JzikfjS4Jn

Grealish's latest story on IG like "come-and-get-me" plea.
Get him in Jan then.. ?

Would not mind him at arsenal

We should go for Grealish, he is a baller @JackGrealish1 #Arsenal https://t.co/J4pOtiRl0I

If ozil leaves we should go all out on jack grealish

Grealish is nearly as good as Maddison he’ll do nicely