Paul Pogba has been included in Manchester United starting XI to face Arsenal this evening, after taking in a spell on the sidelines through injury.

The Red Devils host the Gunners at Old Trafford in a huge Premier League clash on Monday night, with three points currently separating the two sides in the table.

Solskjaer’s side have to win to stay in touch with their top-four rivals following a poor start to the 2019-20 campaign, which reached its lowest point after a 2-0 defeat at West Ham on September 22.

A key performer has returned to the Norwegian’s line up in the form of Pogba, who has made a full recovery from an ankle issue.

Elsewhere, Axel Tuanzebe has been drafted in to replace Aaron Wan-Bissaka at right-back, who has been ruled out of the fixture completely through illness.

Marcus Rashford is also back in the fold after limping off against West Ham, while Andreas Pereira starts in midfield and Young captains the side, with Luke Shaw still on his way back from a hamstring injury.

The Red Devils have lacked a creative spark in the middle of the pitch as well as a clinical edge upfront at the start of the season, with Anthony Martial missing since a 2-1 defeat at home to Crystal Palace back in August.

Pogba has been a big miss for United in recent weeks and his presence could be crucial to their chances of overcoming an old enemy at the Theatre of Dreams. 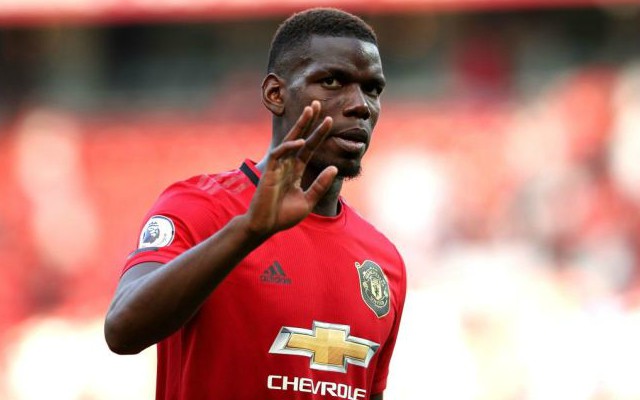 The Frenchman combined brilliantly with Rashford in a 4-0 opening weekend victory over Chelsea and they could do the same against an Arsenal defence which has already shipped 10 goals this season.

As long as Harry Maguire and Victor Lindelof can keep the Gunners’ formidable forward line quiet, United may be able to pick their opponents off on the break, but they will have to drastically improve on their performance at the London Stadium eight days ago.