Manchester United are reportedly considering a transfer swoop for Tottenham’s Toby Alderweireld when the market reopens in 2020.

The Belgian defender was heavily linked with a switch to Old Trafford earlier this year, but he ended up staying in north London amid additional interest from a whole host of other clubs.

The 30-year-old superstar has emerged as one of the Premier League’s most consistent performers during his four-year stay at Tottenham, forging a formidable partnership with Jan Vertonghen at the back.

According to Tuttosport via Inside Futbol, United are set to revive their interest in Alderweireld during the January transfer window, with Ole Gunnar Solskjaer looking to bolster his defensive ranks even further.

The Red Devils managed to bring in Harry Maguire and Aaron Wan-Bissaka this summer, from Leicester City and Crystal Palace respectively, but Chris Smalling and Matteo Darmian were sent out on loan.

There have also been some question marks over Victor Lindelof’s position in the United line up at the start of the 2019-20 season, which has seen Solskjaer’s men slip to tenth after seven fixtures. 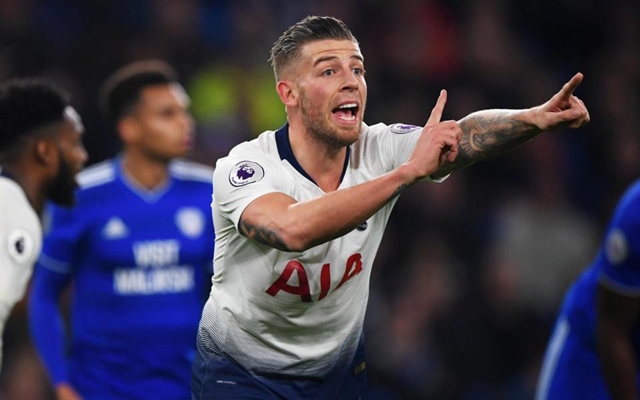 Alderweireld would be a fantastic extra option for United, with Spurs looking to cash in on a prized asset before his contract expires next summer.

The Belgium international could be the ideal man to play alongside Maguire, given his vast experience in the top flight and on the biggest stage for his country.

However, it remains to be seen whether or not Tottenham will be willing to sell to a direct rival, with both clubs vying for a place in the Premier League’s top four.

This story is one to keep a close eye on as it develops in the coming months, with speculation set to intensify as the year draws to a close.