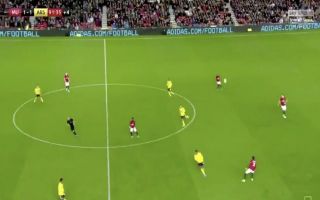 Arsenal supporters were quick to criticise Manchester United’s Victor Lindelof after his woefully mistimed crossfield pass flew out for a throw-in.

The Gunners picked up a 1-1 draw in the Premier League clash at Old Trafford on Monday night, with Pierre-Emerick Aubameyang’s second-half effort cancelling out Scott McTominay’s 45th-minute opener.

United desperately needed to pick up three points to stay in touch with their top-four rivals, but another draw has left Solskjaer’s men a whopping 12 points behind leaders Liverpool after seven matches of the 2019-20 campaign.

One moment which compounded the home side’s misery was provided by Lindelof in stoppage time, as the Swedish defender attempted to switch the play with a first-time pass.

His embarrassingly misplaced through ball ended up going out for a throw-in, with some Arsenal fans taking to social media to mock the United centre-back.

One supporter wrote “I’m absolutely crying at that”, while another questioned why Lindelof has been rated as one of the best defenders in the Premier League.

Glad someone filmed it because that is the cherry ? on the cake of that game! pic.twitter.com/ZT0SsNw2ki

Remember whenever people said Lindelof is top 5 centre backs in the league??? pic.twitter.com/iMuDVk4pr7

Lindelof has forged a formidable partnership in the heart of the Red Devils defence alongside summer signing Harry Maguire, but he is still prone to the odd moment of madness, as this latest clip shows. 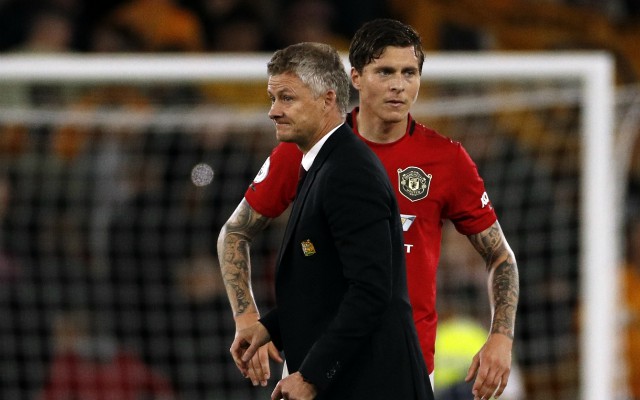 Ole Gunnar Solskjaer’s side must now dust themselves down before a Europa League trip to AZ Alkmaar on Thursday, which is followed by a Premier League clash at Newcastle three days later.

Lindelof will be hoping to put a disappointing display behind him, but Arsenal fans will surely continue to revel in his mistake long into the night.

Check out some more of their comments below.

This pass to Stuart from Exeter from Lindelof was something else ? #MUFC pic.twitter.com/cIUKxJz6w6

Just the €35m for Lindelof ?? pic.twitter.com/RGFQlIvPZX

Hahahaha wtf was that by Lindelof? pic.twitter.com/7DWvuTkmMJ

So Lindelof pulled off this pass in added time when his team desperately needed a goal and you’re telling me Pep Guardiola isn’t having an influence on English football ? #MANARS pic.twitter.com/tcc6pGSxdE