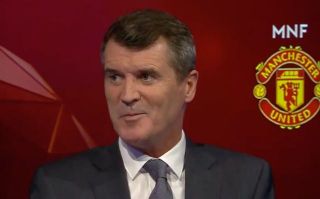 Roy Keane couldn’t help himself and aimed a cheeky swipe at Patrick Vieira when asked about the possibility of him being a Man Utd teammate at one point.

The former midfielder was a pundit for Monday Night Football this week as the Red Devils hosted Arsenal at Old Trafford.

Never one to mince his words and be short of an opinion or two, Keane showed his lighter side when asked about speculation of Vieira joining Man Utd during his time at the club.

As seen in the video below, the Irishman couldn’t help but have a dig at the Arsenal legend by jokingly suggesting that he would have had to settle for a squad role and so it wouldn’t have worked out.

Given the quality that the Frenchman had and the battles that he shared with Keane on and off the pitch, they would certainly have made a fearsome duo together in the same team. That didn’t materialise, and although he’s had a jovial swipe at him here, there’s no doubt that there will be respect between the pair now.

"He would have had to be a squad player and I don't think he'd have been satisfied with that!"

What do you think? ? pic.twitter.com/ZOLF2Sg2Nf