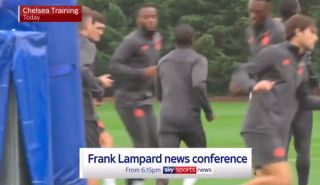 Chelsea midfielder N’Golo Kante has been spotted back in training with the Blues ahead of their Champions League tie with Lille this week.

This could be great news for manager Frank Lampard, who could really do with one of his most important players returning to fitness and getting them back on track in the Champions League.

Frank Lampard kept a watchful eye over Tuesday's training session at Cobham. An upbeat N'Golo Kante has handed Chelsea a boost after returning to first team training due to a series of injuries. Abraham keeps his eyes on the prize while heading the ball back to team-mate Willian pic.twitter.com/axwsIDZ0Ql

Chelsea lost their opening group match against Valencia, so will need to bounce back when they travel to Lille on Wednesday night.

Kante has had something of a stop-start season so far, and CFC fans will now be hoping he can get a sustained run in the side to boost their form.