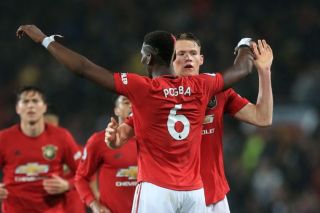 As a result, Red Devils manager Ole Gunnar Solskjaer may now leave Pogba out of this Thursday’s Europa League tie with AZ Alkmaar, according to ESPN.

This is a blow for United and for Pogba, with the France international looking unconvincing against Arsenal after missing a lot of games recently.

Both the player himself and his club could do with him featuring more regularly and starting to find some rhythm again after his lack of impact in his time at Old Trafford so far.

While many fans will no doubt question if Pogba will really be missed, it’s clear the 26-year-old cannot get into his groove and fulfil his true potential unless he gets a run of games together.

Man Utd were unconvincing in their Europa League win over Astana and could do with a strong line up against AZ, who will most likely be tougher opponents.