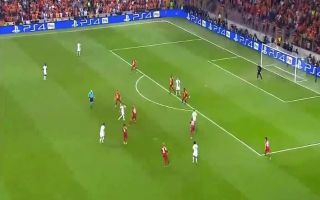 Some players just come alive when the ball enters the box, they might get criticised when things go wrong for not offering more to the team but it’s still a great thing to have.

Mauro Icardi is much more than just a penalty box striker, but you can’t deny he’s at his best when he can show his predatory instincts to put the ball in the net.

This is one of the more simple finishes, but the pace and incisiveness shown in the build up is a true joy to watch:

Replay of the Mauro Icardi goal. There was no way he could’ve missed this one #GALPSG pic.twitter.com/yVoZcspwaW

It’s interesting to not that it’s his first goal from open play in over a year. Hopefully some regular playing time in Paris could see him get back to his best.