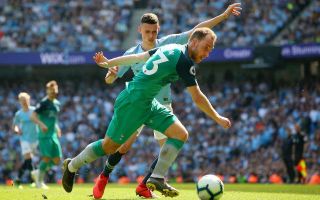 Manchester City manager Pep Guardiola has said that he apologises whenever he doesn’t give any playing time to Phil Foden.

Foden who won the Golden Ball in the FIFA U17 World Cup in India two years back, is regarded to be among the finest young talents in football.

The 19-year-old midfielder has made 39 appearances for Manchester City, scoring eight goals and providing three assists. This season, Foden has featured in four of City’s matches so far, scoring his first goal in last night’s Champions League clash against Dinamo Zagreb. He came on as a substitute for David Silva and just minutes later, netted the Citizens’ second and final goal.

Following the match, Guardiola heaped praise on Foden. As quoted by Sky Sports, the Manchester City manager said: “He deserves to play. I want to give him minutes. Every time I don’t play him, I am in front of him saying I’m sorry. But it’s Kevin De Bruyne there, Rodri, Bernardo Silva, David Silva, Gundogan, I’m so sorry. I know the best way to grow up is to play minutes, but he’s so young.

I don’t know how many players that age play have played more minutes in the recent past, the minutes he has played the last season with us, but he’s going to be an incredible player for us in the future. We trust in him a lot. But it is what it is.”

Foden has produced some pretty impressive performances or Manchester City in the chances that he has received. There’s plenty of quality in the club’s midfield but there’s a chance of the 19-year-old getting more first-team opportunities next season when David Silva will leave the club.

It will be interesting to see if Guardiola chooses Foden in Manchester City’s squad for their match against Wolves on Sunday.