It’s sometimes difficult to figure out what could genuinely indicate a huge problem in the dressing room against a small issue that the press is trying to exaggerate. Of course it wouldn’t be the first time the Spanish press have tried to create an issue.

Antoine Griezmann had been outstanding for Atletico Madrid over a few years, so he was expected to slot into the Barcelona team. The team haven’t been performing well and the Frenchman has looked out of sorts during his appearances so far.

READ MORE: Barcelona ace ruled out for up to five weeks with bizarre injury

According to Marca, that could be due to Griezmann and Lionel Messi not really being on speaking terms. The report does suggest it’s more a case of the two being quiet individuals rather than a big falling out, but it’s still a startling admission for Griezmann to make.

The Frenchman had also been speaking about his start to life in Barcelona. He said: “I feel comfortable, but I still need to improve on the pitch, especially on my movement. I have to get more involved in the game and improve on the wing.” 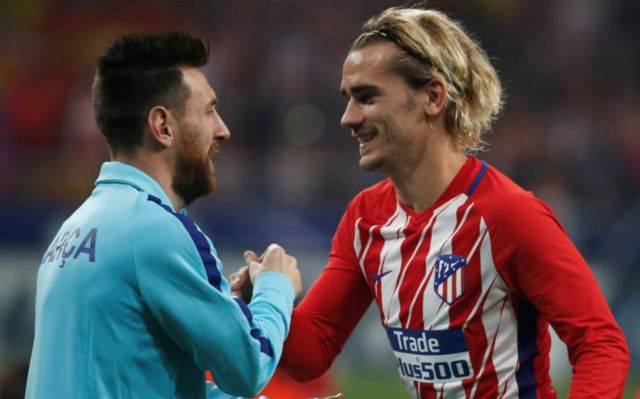 Can Messi and Griezmann form an effective understanding on the pitch?

Perhaps he’s struggling with going from being the main man to simply another part of a team. The story does suggest Griezmann is open to improving his understanding with Messi and hopes that will come with a few games.

Of course Messi is one of the greatest players of all time, but that doesn’t necessarily mean he’s a great captain or a welcoming teammate. Hopefully the two players can form an effective partnership as the season goes on.